Our Dust Has a Pulse by Malynda Schlegel – Review 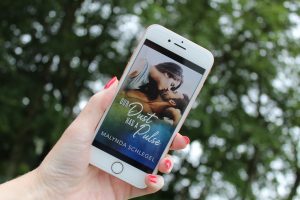 I was pleasantly surprised by Our Dust Has a Pulse. It kept me intrigued and invested, as the relationship between Katherine and Decker developed.

Being attracted to each other from afar, and then ending up on an unexpected road trip together, a wonderful slow burn and angst-filled.

It’s the moments you don’t see coming. Decker is attentive, it’s the small things he does but is in no way insignificant. He paid attention to Katherine when her boyfriend at the time didn’t. Together they come into their own and find each other and so much more. A must read.

He is going back home. She is trying to find a home.

Katherine Colby has spent her short eighteen years as a reserved, passive player in her own life. Getting her first boyfriend and moving in with him right out of high school was the first time she really thought for herself. Little did she know, she was heading into a year-long relationship that would turn sour, leaving them broken, and her with a new determination to find a life of her own outside of Delaware.

Decker Jeffreys knows a thing or two about broken relationships. He knows some are worth fixing, like the family he abandoned in search of his own fresh start when he ended up in Katherine’s home state, and some are beyond repair, like the girlfriend he’s given this past year of his life to. The official end of his own relationship is the push he needs to go back to Colorado, to the place and the people who mattered first in the hope that he can fix his mistakes.

Decker and Katherine have spent a year fighting their mutual attraction, sticking to casual conversations, but now, their pasts have pushed them together on a road trip across the country … with nobody between them.

Then She Was Gone